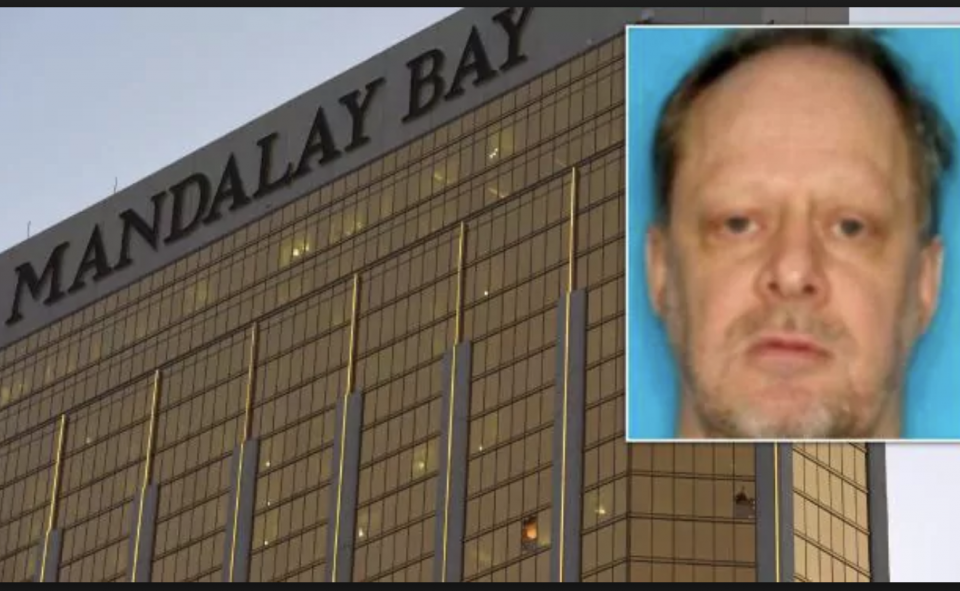 Documents released on Thursday from the Las Vegas Metropolitan Police Department LVMPD point to multiple shooters and a contaminated crime scene in an already controversial investigation into the Las Vegas shooting over a year ago.

The LVMPD released 18 voluntary statements made by officers who responded to the shooting in Las Vegas on October 1, 2017. One of the documents that stood out from the rest was the sworn statement of Sergeant William Matchko (P#8525), document #11, in which he states the LVMPD knew of multiple shooters who they planned to wiretap after they discovered Stephen Paddock’s dead body in a suspected suicide.

In what is a routine procedure, officers are often asked to give a statement very soon after an event, commonly referred to as a witness officer interview. Matchko’s interview was conducted by the LVMPD –  Force Investigation Team on October 3, 2017, at 6:40 PM, just two days after the Las Vegas shooting.

Matchko got to Mandalay Bay shortly after the shooting had stopped but joined the teams who eventually made their way into the room over an hour after the last shots were fired.

Before the breach of room 32-135 at the Mandalay Bay hotel, the reported location where the shooting reportedly took place, he was overlooking the men who were making their way down the 100 wings towards 32-135.

In Sergeant Matchko’s statement, he described how upon entering room 32-135, he immediately realized that alleged Vegas shooter Stephen Paddock had been dead for a long time prior to SWAT entering the room.

“So I go in there. Um, and I could see the suspect laying on the ground and the blood had started to, ah– started to coagulate by his head. So it appears that based on the time I didn’t–there–I didn’t think it– it looked like there was no way that the gunshots that we did from the time frame based on the blood coagulating like they shot him. You know, when I looked at him I immediately thought to myself this guy has been dead for more than the time we’ve been in this room.”

However, According to an investigative report released by LVMPD on Jan. 19, the 10-minute shooting spree ended at 10:18 p.m. on Oct. 1.  “As SWAT officers breached room 135, they observed Stephen Paddock place a gun to his head and fire one round.”

At 11:20 p.m., LVMPD SWAT and members of the Strike team entered room 32-135 and *found* Paddock dead from a self-inflicted gunshot wound.

Not only does Sergeant Matchko’s statement directly contradict LVMPD Sheriff Joe Lombardo’s claim that Paddock killed himself just moments before SWAT entered the suite at Mandalay Bay, but it also contradicts claims made by Sergeant Jerry MacDonald, in which he stated that officers witnessed Paddock commit suicide.

On that night, police say Paddock, 64, opened fire from his 32nd-floor suite at the Mandalay Bay Resort and Casino onto a crowd gathered at a country music festival, killing 58 people and injuring over 800 more. LVMPD and the FBI have still not provided a motive for the shooting, remaining adamant that Paddock was a “lone wolf”.

Further examination of Sergeant Matchko’s statement also challenges claims made by Lombardo and the FBI that Paddock was a lone wolf shooter.

Matchko stated and emphasized that “there’s a million other active shooters” at the time officers found Paddock’s dead body inside suite 32-135 at the Mandalay Bay Resort and Casino.

“They go in, they say, “We’re gonna blow this other door.” “Um, as they walk into the room, mind you on the radio there are a million other active shooters being called out in all these other hotels. They put the second charge on the door. Um, they blow the door.

As soon as that I hear the second explosion now the fire alarm goes off again and I hear the (unintelligible). I hear what sound like a burst fire but it was very muffled. So it sounded like two or three rounds went off. And I’m – I’m down there I’m trying to make my way through the room I’m like, okay, I was like, “Did the suspect shoot at us? Did we shoot the suspect, are we in a gunfight, what’s going on,” and they were all pretty calm?

So they all seemed a little bit like embarrassed. And I guess one of – O’Donnell or one of them had a negligent or accidental discharge I don’t know what the proper term would be.”

The night of the shooting, Matchko received a call from Captain Tomiano who he says told him:

“Hey, you need to go in there and you need to be looking for his (Paddock’s) ID and look for anything that we can get to gather intelligence under exigent circumstances to prevent the rest of these shooters. We need to figure out who the rest of these shooters are because we’re gonna try to go up on wiretaps on the phones.” So he’s like, “Go in there, get any phones that you can. Get the phone numbers off of ’em and start figuring it out.” He radios back “Look, well I don’t know if he has his phone on him, I’m gonna have to move him,” and they’re like, “Well you gotta move him, you gotta look for the phone, you gotta find it.””

Not only does Matchko’s statement mention that there were multiple shooters, but his statement also recalls an order from Captain Tomiano who told him they needed to “prevent the rest of these shooters. We need to figure out who the rest of these shooters are” because the LVMPD wanted to put “wiretaps on the phones”.
Along with numerous statements about multiple shooters, Matchko’s statement also confirms LVMPD officers intentionally tampered with the initial crime scene upon entering room 32-135, with orders from Captain Tomiano to move Paddock’s body.

“And then we found his main phone – well, no, we – we rolled him – so I grabbed him by the arm. I picked the suspect up on his side. The blood came out of his mouth when out next to his face.” “I rolled him back he was obviously dead ’cause he had a bullet in his head. So I put him back down, he went back in the same position but now the blood on the side of his face is from me rolling him. Um, he had nothing on him.”

Matchko’s statement suggests Paddock had no blood on his face before Matchko touched him. Is this also when the blood fell onto Paddock’s shirt making it appear as though he was shot in the chest? There is no mention of any of this in the preliminary or final FIT reports released by LVMPD, which begs the question, what other pertinent crime scene information or details pertaining to the shooting was left out of the LVMPD report?

The official narrative is given by the LVMPD and the FBI for the night of the shooting has not wavered for over a year. Along with insisting Paddock was the only shooter, authorities also have refrained from identifying this crime as an act of terrorism (despite the fact that ISIS has claimed responsibility for the Vegas shooting), and they have refused to elaborate on the many officer statements and call logs that show Paddock was not alone in the room and reports of active shooters were called in after Paddock’s alleged suicide.

Sheriff Lombardo of the LVMPD has refused to give further interviews or press conferences related to the event or address the new information released under the court order, which continues to be released but unreported.

Lombardo has also issued a ban on department employees speaking to the press about the new information. This ban prevents members of the media or the public from confirming any steps taken that may explain some of the discrepancies between the official police timeline and the new information in the documents.

Sheriff Lombardo was challenged on the initial timeline at a live press conference based on evidence to support an earlier check-in date of September 25, 2017, and only then after being confronted on live TV did he provide the correct details. Over one year later and similarly, new information that proves Lombardo misinformed the public in the aftermath of the shooting continues to be released.

Despite being banned from the LVMPD press conferences by Lombardo’s orders, investigative journalist Laura Loomer continues to challenge the official narrative and timeline of the Vegas shooting. So far the document dump, reported on exclusively by Loomer, showed the alleged gunman, Stephen Paddock, warned an Uber driver of a “terrorist attack” at the Mandalay Bay days before the shooting, his bank account had been frozen due to suspicions of funding terrorism, three other women were registered to his hotel room, Mandalay Bay security stated in a call that there were multiple shooters, and Paddock’s girlfriend had ISIS connections on Facebook.

It’s been over a year since the Las Vegas shooting and we still have no answers and are seeing almost zero media coverage about the Las Vegas shooting, the worst mass shooting in US history. Despite being the worst mass shooting in U.S. history, the American public has received little to no information regarding how an alleged lone gunman amassed an arsenal of weaponry, ammunition, and equipment without detection or help, and what motivated the act of mass murder.

As new evidence and police documents regarding the shooting continue to be released over a year later, the mystery surrounding the shooting and the theories regarding multiple shooters continues to grow with statement’s like Matchko’s, which casts further doubt on whether or not Paddock truly was a lone shooter and how long he was dead before officers entered the room.

What else is the LVMPD hiding, and how come they are only now releasing these shocking officer statements over a year after the Las Vegas shooting?

LVMPD did not reply to a request for comment regarding their sergeant’s statement about multiple shooters and crime scene contamination.

Laura Loomer is a conservative investigative journalist and activist. Originally from Arizona, Laura began her career working as an undercover journalist for Project Veritas from 2015-2017. She covers politics, anti-Semitism, immigration, terrorism, the Islamification of the West, and voter fraud. Loomer’s investigations have been broadcasted on every major national mainstream media outlet in the United States, as well as many international publications. Support Laura Loomer’s Independent Journalism here: PayPal.me/lauraloomer
Patreon.com/lauraloomer Subscribe to lauraloomer.us today.
Follow Laura Loomer on Facebook.
Follow Laura Loomer on Instagram. 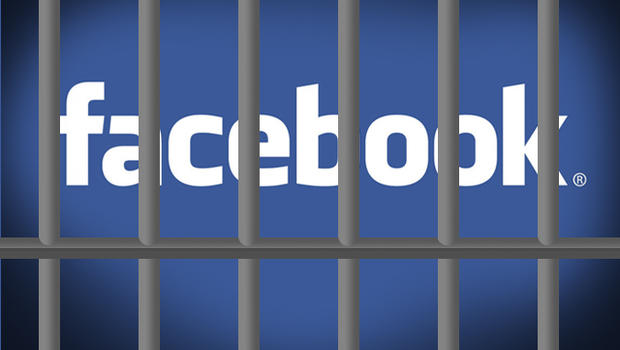 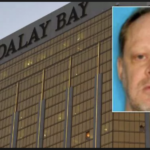