Jeff Bezos and his wife MacKenzie are divorcing after 25 years of marriage, the Amazon CEO and Washington Post owner has announced, potentially leading to the costliest divorce settlement in history with $137 billion at stake.
The richest man in the world, currently worth about $137 billion, according to Bloomberg, made the divorce announcement on Wednesday on his Twitter.

The split could lead the costliest divorce is history, even if the couple doesn’t divide the money equally. There are no reports indicating the couple has a prenuptial agreement, meaning the wealth accumulated during their marriage would have to be split evenly. The current most expensive divorce belongs to billionaire art dealer Alec Wildenstein and New York socialite Jocelyn Wildenstein, dubbed “Catwoman.” She won roughly $2.5 billion in the divorce settlement, shattering all the records.

Bezos also became a millionaire only in 1997 – four years after they got married. MacKenzie reportedly was one of the first Amazon’s employees.
Experts say that it’s unlikely MacKenzie will gain control of Amazon after the divorce, with the divorce agreement mostly focusing on dividing the family’s personal wealth.

“This seems to be the most amicable and cordial relationship that split up, which leads me to believe whatever the agreement is going to be, it will purely be financial and beneficial,” Juda Engelmayer, a crisis management expert and president of HeraldPR, told Fox News.

“It’s not going to be the control of the company,” he continued. “Will it affect his personal wealth and split it in half? Quite possibly,” he added, though noted that a lot of the Bezos’ wealth is tied to Amazon’s performance.

The marriage of the world’s richest couple is set to explode in all-out war — after billionaire Jeff Bezos was caught cheating on his wife of 25 years with the spouse of a Hollywood mogul!
I revealed that for the past eight months, the hot-blooded founder of online retail giant Amazon has two-timed novelist wife MacKenzie Bezos with busty beauty Lauren Sanchez, whose husband, Patrick Whitesell, is one of Hollywood’s most powerful talent agents.

Our reporters snapped the braggadocios billionaire and his raven-haired lover, 49, doing the dirty on their spouses together no fewer than six times in 14 days.

On one occasion they even enjoyed a secret tryst at the very Boston, Mass., hotel the Bezos family stayed at when in town for Parents Day at his son’s MIT campus!

It is the real reason why Bezos, one of the world’s most powerful men, took to Twitter on Wednesday to announce his shock divorce.

“We want to make people aware of developments in our lives. As our family and close friends know, after a long period of loving exploration and trial separation, we have decided to divorce and continue our shared lives as friends,” the tweet said.

“We’ve had such a great life together as a married couple, and we also see wonderful futures ahead, as parents, friends, partners in ventures and projects, and as individuals pursuing ventures and adventures.” The ENQUIRER also has learned that the innocent spouses were recently made aware of the fling.

For more shocking photos of the pair and all the details about the largest investigation in Enquirer history, pick up a copy of a special edition of the magazine, on newsstands around the country on Thursday and Friday. 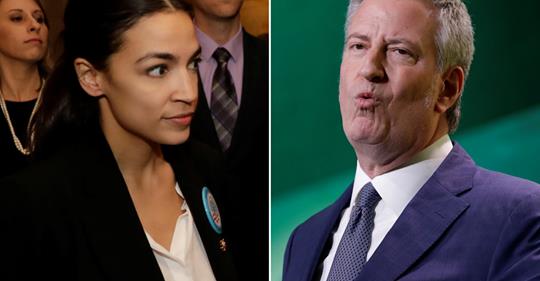 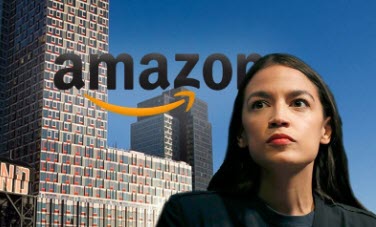 Amazon disses AOC on way out of NYC: ‘We don’t want to work in this environment’ 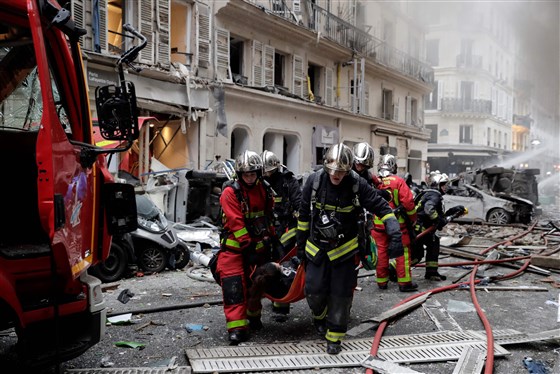 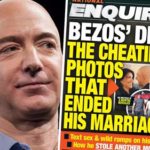