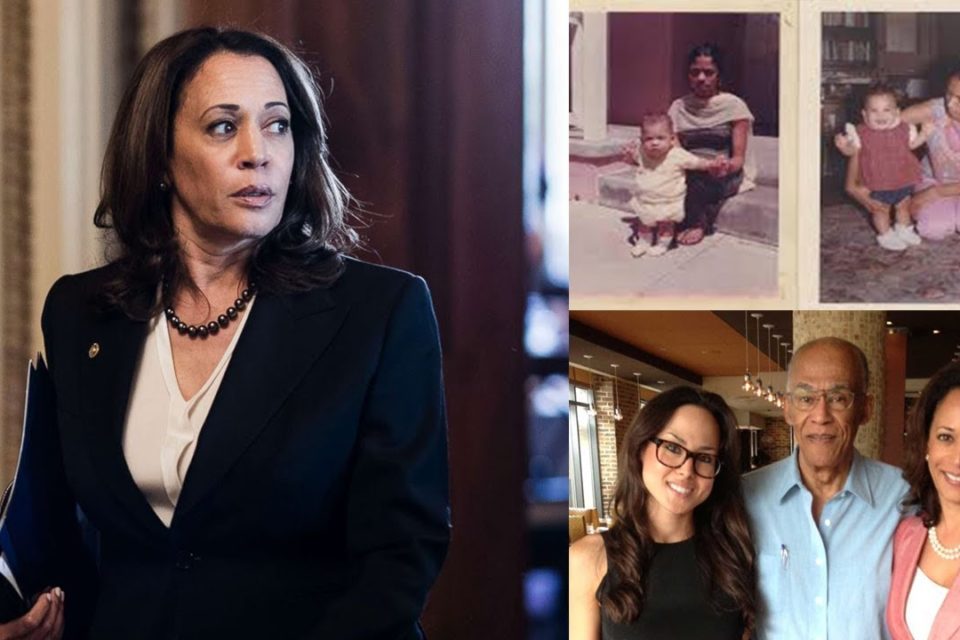 Sen. Kamala Harris, the second-ever black woman to serve in the Senate, is running for president, however, she’s not “Black” as she calls herself!  She seems to take a chapter from Elizabeth Warren’s handbook on stealing the identity of another race for her own gain.  The facts are Kamala Harris is not “Black”, she’s not a “Black Woman”, nor is she an African American woman.

Kamala Harris was born on October 20, 1964, in Oakland, California, to a Tamil Indian mother and an Indo-Caribbean Jamaican father.  If you trace back the heritage of Indo-Carribean people you will clearly see that Kamala Harris plays the race card…“The I’m a Black Woman” race card!

So let’s take a look at the Indo-Carribean Heritage.  Indo-Caribbeans are Caribbean people with roots in the Indian subcontinent.  They are mostly descendants of the original Jahaji indentured workers brought by the British, the Dutch and the French during colonial times.

The majority of the Indians living in the English-speaking Caribbean came from eastern Uttar Pradesh and western Bihar which are mostly Hindi-speakers, while those brought to Guadeloupe and Martinique were largely from Andhra Pradesh and Tamil Nadu. About twenty percent (20%) of the indentured were Tamils and Telugus particularly in Trinidad and Tobago, and Guyana.

A minority emigrated from other parts of South Asia, including present-day Pakistan and Bangladesh.  Indo-Caribbeans comprise the largest ethnic group in Guyana and Trinidad and Tobago.  They are the second largest group in Suriname, Jamaica, Grenada, Saint Vincent and the Grenadines, Saint Lucia, Martinique, and Guadeloupe.

There are also small communities in Anguilla, Antigua and Barbuda, The Bahamas, Barbados, Belize, French Guiana, Panama, Dominican Republic, Puerto Rico, and the Netherlands Antilles. Small groups also exist in Haiti, where they are sometimes mistakenly referred to as “mulattos”.

So in a Nutshell, Kamala Harris is not an African American woman, nor is she Black and neither is her father seen in the picture below. 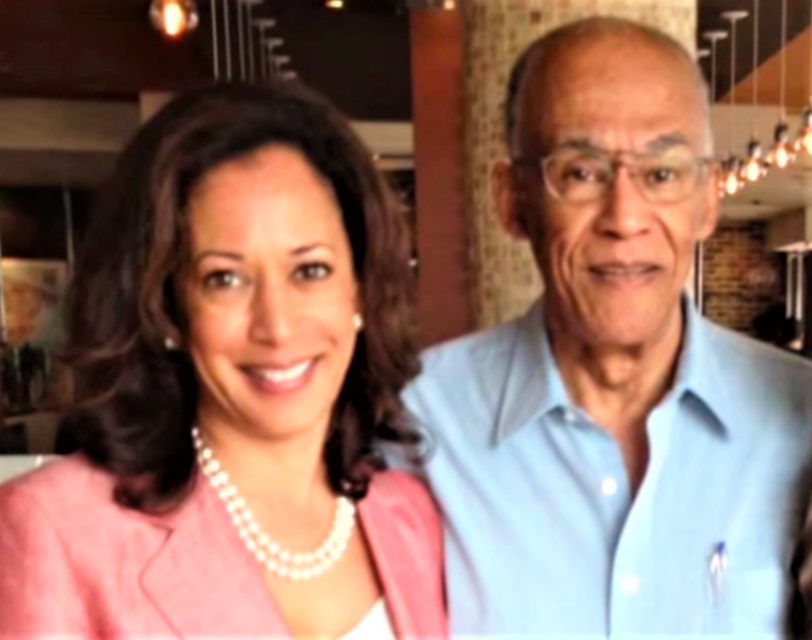 Her father, Donald Harris, is a Stanford University economics professor who emigrated from Jamaica in 1961 for graduate study in economics at University of California, Berkeley.

Most Indo-Caribbean people live in the English-speaking Caribbean nations, Suriname, and the French overseas departments of Guadeloupe and Martinique, with smaller numbers in other Caribbean countries and, following further migration, in Europe and North America.

Her mother, Shyamala Gopalan Harris, was a breast cancer scientist who immigrated to the United States from Madras (now Chennai) in 1960. Her father, Donald Harris, is a Stanford University economics professor who emigrated from Jamaica in 1961 for graduate study in economics at University of California, Berkeley.  Seen in the picture below Kamal Harris with her mother on the left and aunt in the middle. 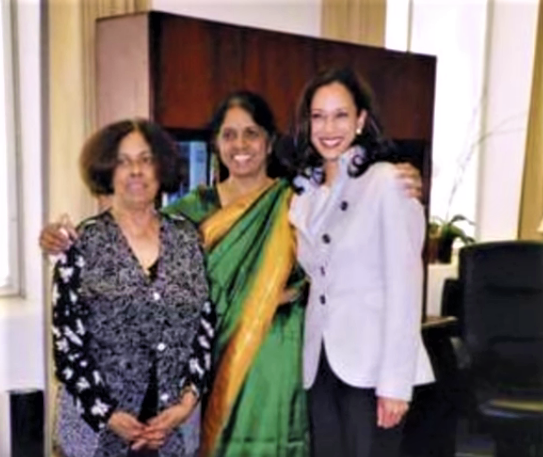 So it is very clear that Kamala Harris is not African American, nor is she a Black Woman.  Because of her parent’s heritage, she most likely has more Indian and Middle Eastern DNA.  She has played this race card her entire life.

Because Harris is a woman of color running for a position that has been exclusively male (and nearly exclusively white) for its entire history, it can be difficult to parse where she is rightly being held accountable for the damaging choices she made as first a prosecutor and then as California’s attorney general, and where she’s being held to a higher standard and picked apart in ways white men have not been.

First, it’s important to look at her political career in two interrelated contexts. Ambitious women routinely run into the tough-but-likable conundrum, needing to be seen as both hyper-competent and inevitably agreeable even though, for women, those qualities are usually considered mutually exclusive.

This is even more complicated for black women, who are stereotyped as angry, aggressive and anti-white — Michelle Obama, of all people, was often painted as a rage-filled militant by right-wing media despite her inarguably funny, gentle and (frankly) mom-like public disposition. Black women also have to further demonstrate that they are rational instead unreasonable; rationality is simply presumed of white men unless proven otherwise (and often even after there’s ample evidence to the contrary).

In a devastating piece in the New York Times, law professor Lara Bazelon detailed the many ways in which Harris’s positioning of herself as a “progressive prosecutor” is a generous rewrite of her own history. As San Francisco district attorney, Harris’s office often took aggressive stances on upholding convictions, even where there was evidence tampering or suppression, which may have kept wrongly-convicted people in jail for decades. She defended the state’s death penalty law, even as she said she personally opposed it – possibly because, early in her career, she came under attack for declining to pursue the death penalty for a man who killed a police officer.

And, when Californians were voting to reform their punitive Three Strikes law, Harris didn’t take a position, citing a conflict of interest — a move many advocates of reform saw as cowardly. She defended the Department of Corrections when they refused to provide gender confirmation surgery to transgender inmates, a policy with which Harris said she personally disagreed and tried to change behind the scenes, but that, as attorney general, she was obligated to represent before the courts.

All of her decisions, good and bad, are worth discussing and debating. For many on the left, Harris’s decisions as a prosecutor are disqualifying in a Democratic primary.

But it’s also the case, less often discussed, that Harris was balancing demands and expectations that are not put quite so squarely on the shoulders of white men.  As “a woman who is a minority who is anti-death penalty” (her words), she faced significant hostility in her job and during her campaigns from police unions and the law-and-order types in her state, including Sen. Dianne Feinstein.  Harris is now criticized for being too deferential to existing authority in her work. That may be true — but it may also be true that she simply had less space to be unrestrained.

Because there have been so few women generally, and women of color specifically, in positions of high-level political power in the United States, it becomes easier to caricature them or flatten their records into simplistic positions rather than taking into account the nuances of policy. White men, on the other hand, get to be complicated, have imperfect records, and be treated like individuals.

Harris’s rise has produced a fiery debate among liberals and the Left. Leftists and progressives have come out in strong opposition to Harris’s candidacy, with some declaring #NeverKamala and some high-profile Bernie Sanders supporters, such as National Nurses United executive director RoseAnn DeMoro, making clear their lack of enthusiasm for her candidacy. For some prominent liberals, this pushback is simply the product of virulent racism and sexism among an imagined (and non-existent) all-white, all-male, Sanders-supporting base.

While most Harris-supporting liberals wouldn’t go this far, there is deep suspicion among some Democrats that opposition to Harris is motivated by similarly less-than-noble motives — namely, that its part of a project of poisoning the well for any potential challenges of a Bernie Sanders or Sanders-like candidacy in 2020.

In truth, there is much about Harris’s long record as a public prosecutor in California — the vast bulk of her career — that is up for legitimate criticism by any prospective 2020 Democratic voters.

Throughout her career, Harris has been called the “female Obama.” In reference to her race, this is lazy and arguably even racist. But the comparison is apt with reference to her politics. Harris has emulated the Obama approach, delivering a combination of some notable progressive victories and pleasant rhetoric and a steadfast avoidance of structural change — paired, in some cases, with far-from-progressive policies.

There is a lot more to Kamala Harris’ lies and we will continue to bring out the truth so stay tuned! 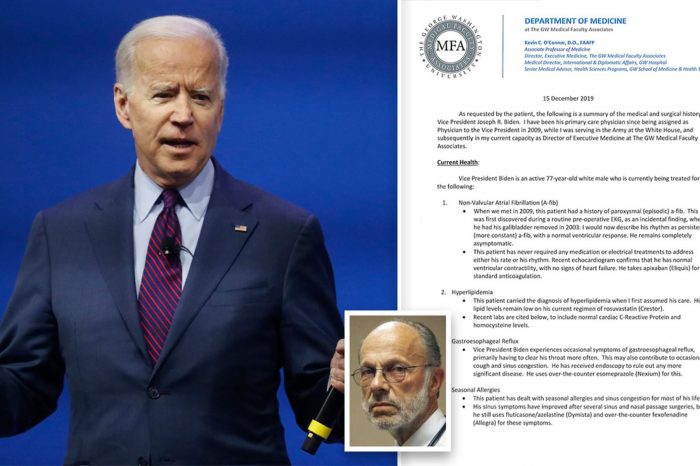 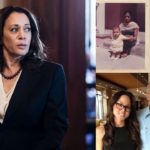