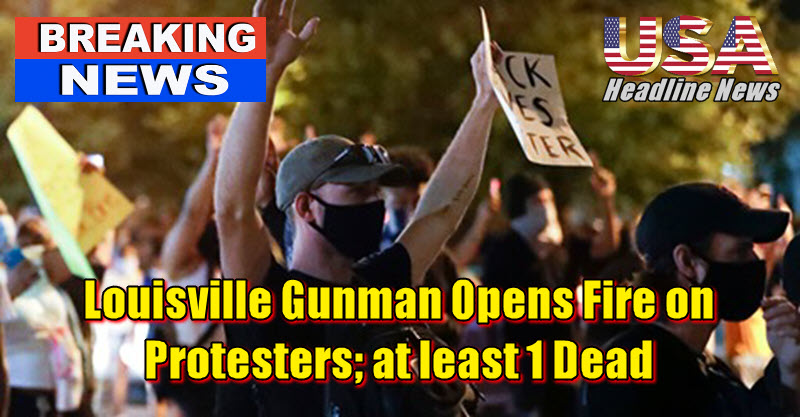 Authorities in Louisville, Ky., were investigating Saturday evening after a suspect opened fire on a crowd of peaceful protesters at Jefferson Square Park.

“Just about 9 p.m., there were reports of shots fired in Jefferson Square Park. Calls then came in that Sheriff’s Department personnel were in the park performing life-saving measures on a male who eventually died at the scene. A short time later, we got a report of another shooting victim at the Hall of Justice. That person was taken to University Hospital with non-life-threatening injuries.”

Officers cleared the park completely and secured the area so homicide detectives could conduct their investigation. Detectives are trying to gather as much information as possible in order to identify all who were involved in the incident.

This is video from Isaiah Collins who was in the area when the shots went off. He was at the back end of Jefferson Square Park @WHAS11 #nightteam pic.twitter.com/POPMfkYOFL

As the crime scene is still being worked, a group of people are in the streets yelling ”no justice no peace” and “hands up, don’t shoot” @WHAS11 #nightteam pic.twitter.com/a3uDr56D3i

“I am deeply saddened by the violence that erupted in Jefferson Square Park tonight, where those who have been voicing their concerns have been gathered. It is a tragedy that this area of peaceful protest is now a crime scene. My thanks to the first responders who assisted at the scene. I will have more to say tomorrow, as additional information becomes available.”

Some videos posted on social media showed a man firing at least a half-dozen shots from a sidewalk toward a space filled with protesters and tents. In one video seen on Facebook, the camera operator ducks and begins running but many more shots can be heard. People can be seen hiding behind concrete ledges and shouting for others to run for cover.

It was unclear if the barrage of gunfire was from the one suspect or also from open-carry protesters or police officers returning fire.

As the Facebook video plays, shouts for a medic can be heard and at least one person is seen immobilized on the ground in a pool of blood. People rush to the individual and at least two armed civilians stand guard while others try to administer first aid.

Jefferson Square Park has been the center of protests in Louisville for weeks. The city has been protesting the death of Breonna Taylor, who was killed by police when she was sleeping during a controversial raid on her apartment.

No officers involved in Taylor’s death have been arrested, though one, Brett Hankison, has been fired.

Police officers were seen standing guard in Jefferson Square Park. WDRB reported that at least one victim was loaded into an ambulance. 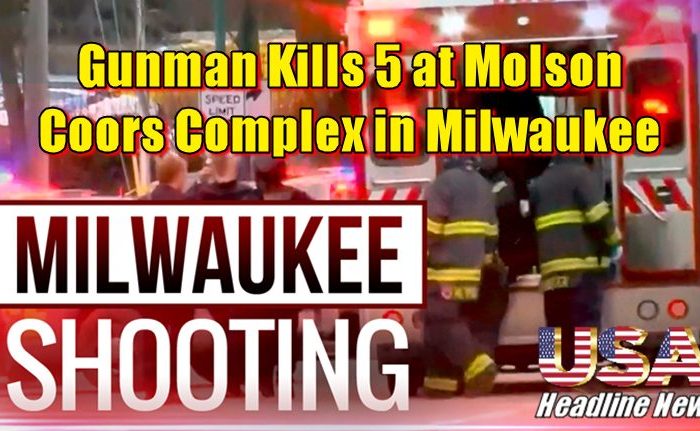 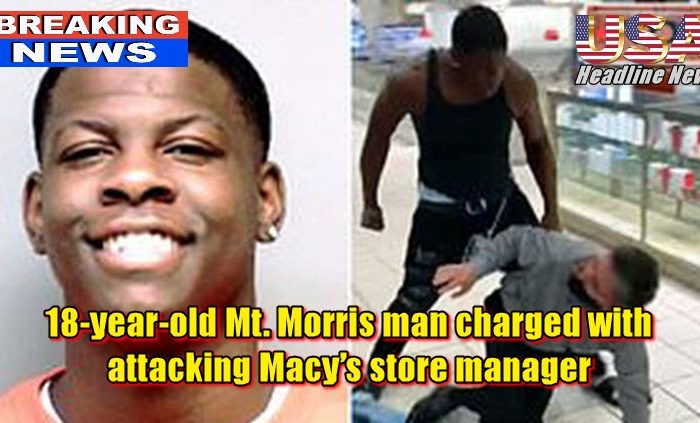 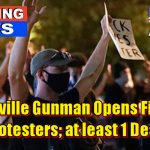