Aliso Viejo is a bedroom community in Orange County, California. It is also home to “Leisure World,” which is a secure gated community for residents 65 and older. Orange County is Trump country. Aliso Viejo is next to Huntington Beach, and both communities routinely have Trump events.

So, when Aliso Viejo residents had one of its many Trump rallies on Wednesday, no one would have predicted it would end with a senior citizen being sucker-punched by a leftwing thug, who also had a knife.

The rally, held on the corner of Aliso Creek Road and Pacific Park Drive, saw between 50 and 60 people gathered. As the two-hour event was coming to a close, Alvin Gary Shaw, 33, confronted the rallygoers.

Shaw started to attack them by blowing smoke in their faces. He then escalated and knocked three Trump supporters to the ground including 84-year-old Donna Snow.

Cynthia Cantrelle-Westman told the local TV station that when she first saw him approaching, she thought he was coming to join the group.

“Instead, he was pretty upset and he started using profanity from the minute he arrived,” she said. “He kept coming over to me and getting in my face, and all I could say was the F-word.”

“He took his hand way back like he was going to punch me, and [he] hit me right across the face,” Snow said. “Broke my earrings off.”

“He just wouldn’t leave me alone,” Snow told the reporter. “So, then he’s coming up and he took his cigar and whatever it was filled with, marijuana or something and he put it on my Trump sign. Well, they’re not giving away Trump signs in California, okay? So that made me a little upset, so I said, ‘What are you doing? You can’t do that!’”…One of the other two victims was taken to a local hospital with a neck injury.

A knife was later recovered from the bushes, where witnesses reported seeing it thrown, the sergeant said. One of the Trump supporters was an off-duty cop who immediately pulled his gun and pointed it at Shaw.

Off duty police officer points his gun at leftwing thug who pulled a knife and slapped an 84-year-old Trump supporter in Aliso Viejo, CA: pic.twitter.com/nUlsqWHoRh

According to the sheriff’s office, Alvin Gary Shaw was taken into custody on suspicion of elder abuse, assault with a deadly weapon, and assault and battery after allegedly attacking three people in attendance.

Officials said Shaw was armed with a knife, which deputies said they found in a nearby bush, and he was fighting with Trump supporters.

“This could have been a very serious incident,” Sgt. Dennis Breckner said. “In this case, this was just two groups that disagree, and while we support people and they’re using their First Amendment rights to put out their message, we prefer that that remain peaceful.”

“The media refuses to tell the real story about mental illness, violence, and hate coming from the left,” radio host Wayne DuPree said. “It’s been this way since 2016. These unhinged lunatic leftists who can’t control their screwed up emotions are lashing out with violence against anyone who disagrees with them.”

This is not normal behavior, yet we keep seeing it over and over and over again from these deeply disturbed individuals who have allowed politics to eat away at their brains and their hearts.

It’s as if they’re robots now, programmed to “destroy” anything ‘Trump-related.”

Yet, even so, the media continues to push this false narrative that Trump supporters are violent and menacing people. You won’t likely find this story on mainstream media. No way. The legacy media is all-in for Joe Biden, and they are hoping to distance him from these leftwing nutjobs.

Thank God this loser was stopped by the off-duty cop. There is no doubt Alvin Gary Shaw was hellbent on violence, and he found out the hard way Trump supporters aren’t going to sit idly by and be victims to these leftwing scumbags. 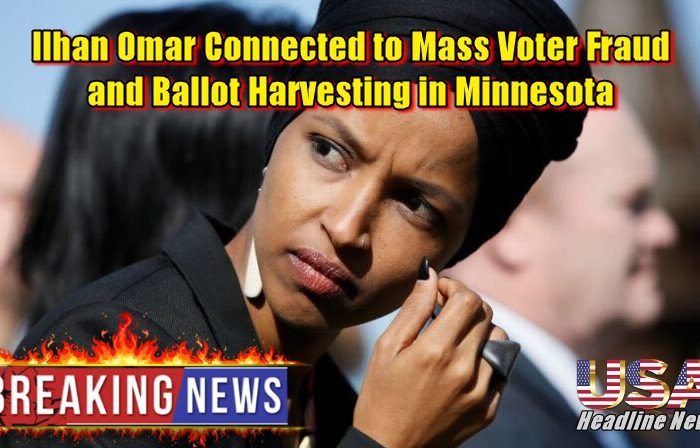 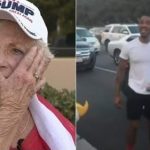