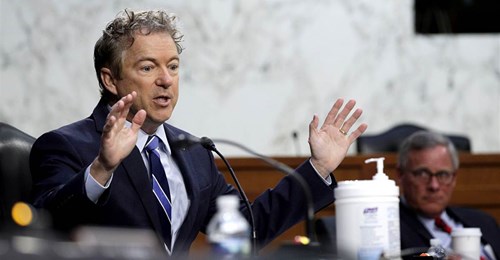 If approved, Levine will become the first openly transgender federal official to be confirmed by the U.S. Senate.

Paul, a former ophthalmologist, was questioning Levine about transition-related care for transgender youth when he said that “genital mutilation is considered particularly egregious because … it is nearly always carried out on minors and is a violation of the rights of children.”

Levine, a pediatrician, responded that transgender medicine is “a very complex and nuanced field with robust research and standards of care that have been developed,” and promised to discuss specifics if she is confirmed.

Paul continued his line of questioning, asking if she supports permitting the government to override a parent’s consent to give a child puberty blockers, cross-sex hormones, and “amputation surgery of breasts and genitalia.” Levine provided a similar response, leading Paul to accuse her of evading the question.

He further questioned criticism of prescribing hydroxychloroquine to treat Covid-19 by the same people who support hormones for transgender teenagers.

Dr. Colt Wasserman, a fellow with Physicians for Reproductive Health, who provides gender-affirming care to trans minors, told NBC News that Paul’s questions and concerns are “not based in medical fact whatsoever.”

Wasserman said gender-affirming care is understood and supported by major medical associations and physicians “to be a life-affirming practice that, through an informed consent process, patients, parents and their providers come together to support gender-diverse youth in the medical environment in a wide range of ways, which typically doesn’t involve any kind of procedural intervention.”

“There’s a lot of concern about surgery or irreversible decisions,” when it comes to the health care that transgender youth receive, Wasserman added, but surgery is not a component of that care.

The World Professional Association for Transgender Health states in its Standards of Care regarding transgender adolescents that surgery “should not be carried out until (i) patients reach the legal age of majority in a given country, and (ii) patients have lived continuously for at least 12 months in the gender role that is congruent with their gender identity.” The standards add, “The age threshold should be seen as a minimum criterion and not an indication in and of itself for active intervention.” The legal age of the majority is at least 18 across the U.S.

Duke Health’s Center for Gender Care for Children and Adolescents, for example, will offer children under 16 therapies to delay puberty and provide hormone replacement therapy for those 16 and older.

“During this time, your child must meet with their local therapist weekly to manage the emotional changes that happen during hormone therapy,” according to the clinic’s website.

Access to gender-affirming care has also been found to have a positive impact on the mental health of trans young people. A study published in January 2020 found that transgender people who used puberty blockers had lower rates of suicidal thoughts as adults when compared to trans people who couldn’t access them.

Rodrigo Heng-Lehtinen, deputy executive director of the National Center for Transgender Equality, said Paul’s language was hurtful to Levine and all the trans people watching her hearing.

“There is a lot of misinformation out there about health care for transgender young people, in particular, but what’s really important to know is that all of the leading medical institutions have researched this and really recognize that it’s primary care,” Heng-Lehtinen said. “It’s different for every trans young person, just because any kind of medical care is different for any kind of individual patient, so it’s personalized, but this is legitimate health care.” 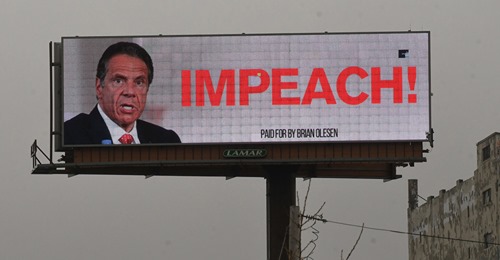 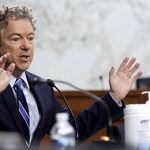