AMC Entertainment (NYSE: AMC) is appearing a little flustered today. A short call is sending the stock tumbling slightly, and calling into question the fundamental value of the theater chain. However, the Ape Army — those who passionately and dramatically vouch for AMC stock — are taking to the internet to both bash institutional investors and to rally behind shares. #AMCFireworks is trending as a result of this concentrated effort.

Iceberg Research is the cause for alarm among the AMC community today with its short call. The institution, which prides itself on unveiling financial fraud, announced via Twitter that it was short on AMC. Its post, short and sweet, came with few details, simply saying “the fundamentals are obvious.”

We are short $AMC. Fundamentals are obvious. After one month of trading sideways and lots of money lost in call options, the pump seems increasingly shaky.

The resulting firestorm of tweets that Iceberg found itself under has been massive. Iceberg tried to prepare itself by limiting replies to its tweet, but of course, you can’t prevent the Apes from creating a new trending hashtag.

#AMCFireworks has been used in thousands of tweets so far today calling out the institution and other hedge funds that are short on AMC. Many users are rallying around the stock too, saying that they are using the price dip to average down their positions in AMC stock. Of course, there’s also some good old fashioned memes going down as well, like this reply to Iceberg’s tweet:

We are short $AMC. Fundamentals are obvious. After one month of trading sideways and lots of money lost in call options, the pump seems increasingly shaky.

AMC Entertainment Holdings (NYSE: AMC) is known more for being a meme stock than any other of its attributes. Retail traders posting or reading posts on Reddit trading forums apparently chose to buy and hold the stock to counter hedge funds betting that AMC’s stock price would go down in a move commonly referred to as a short squeeze. The Reddit crowd is winning the battle so far. AMC’s stock price is up roughly 2,450% year to date.

AMC’s management has been smart to take this pricing opportunity and sold new shares at the elevated pricing to help raise much-needed funds. This had already helped it survive the most acute phase of the pandemic when all its theaters were closed to viewers, and the company was bleeding cash. It plans to use some of the new funds to help pay down the debt it accumulated during the pandemic.

But this battle between Reddit traders and hedge funds is creating another opportunity for AMC — to raise enough cash to boost earnings in the long run.

A big hedge fund’s complicated mix of bets on shares of AMC Entertainment has reportedly backfired, spurring a loss that tanked its value by 10 percent. 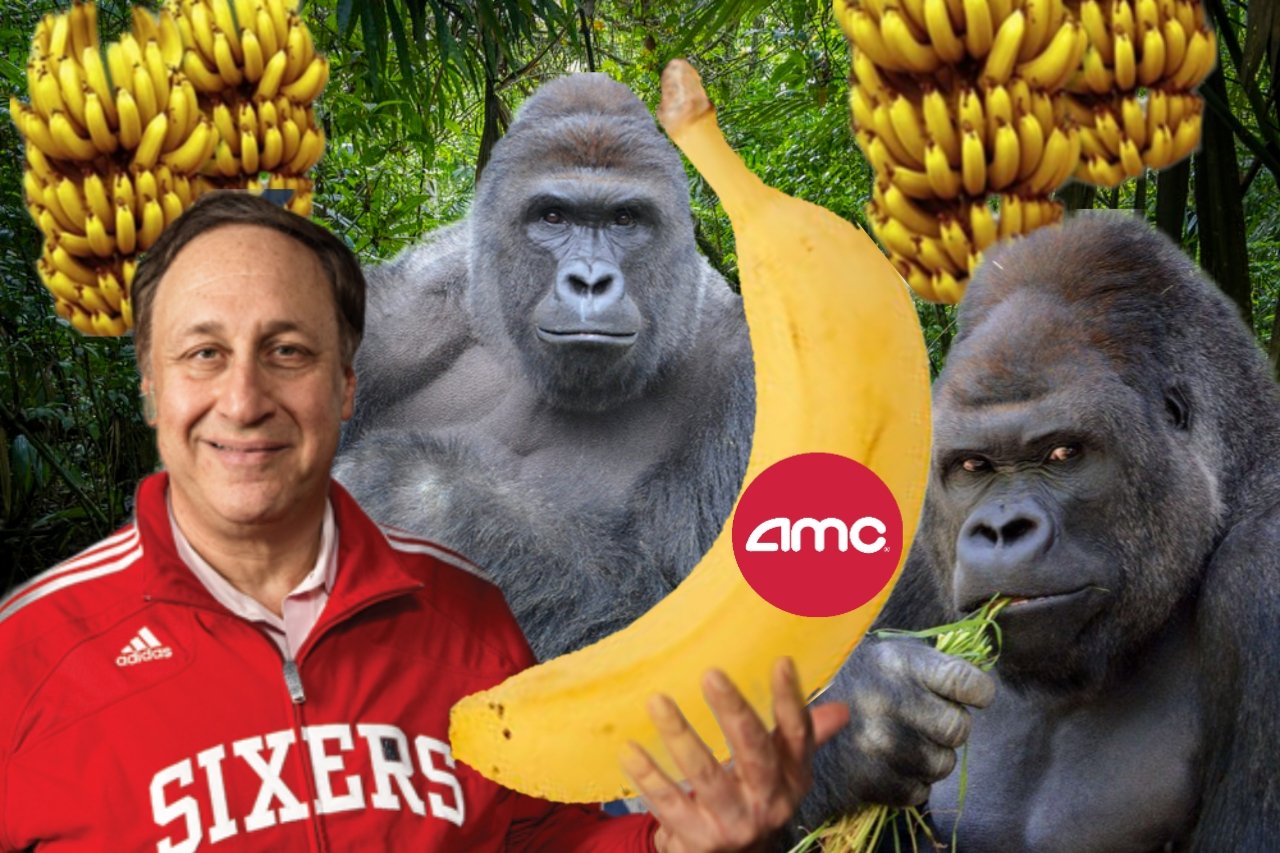 Mudrick Capital – which made a tidy profit earlier this month for purchasing $230.5 million in AMC shares then selling the entire stake just hours later, saying the stock was “overvalued” – took the painful loss because of a series of bets it had also made against the company, according to a Wall Street Journal report.

Before Mudrick bought into AMC, the fund hedged the purchase with a number of put options — a type of derivative that gave Mudrick a “short” position in AMC stock. But after Mudrick sold the 8.5 million shares, it failed to exit its short position, according to the Journal, which cited unnamed sources.

As AMC shares closed the day 23 percent higher despite news of Mudrick’s sale, the fund’s risk committee met and decided they would liquidate the entire short position the next day, according to the Journal.

Mudrick Capital is still up 12 percent this year despite the recent loss, but their gains pale in comparison to AMC’s 2,000-percent increase this year.

Hedge funds that bet on falling share prices are stepping up their efforts to spot the next GameStop after this year’s “meme stock” bonanza left the industry nursing billions of dollars of losses in just six months.

Huge gains in the price of companies favored by day traders who assemble on message boards such as Reddit caught out some short-sellers badly in late January. In recent weeks, these stocks have staged a second rally, with a rise in stocks including cinema chain AMC inflicting yet more pain.

Hedge fund losses since the start of the year from betting against just GameStop, AMC, and Bed Bath & Beyond total more than $12bn, according to data group S3, while bets against a number of others have each run up additional losses of hundreds of millions of dollars. More than half of short sellers’ $5.1bn of losses betting against AMC this year have come in June. The heavy toll shows how moves by individual investors, which are regularly coordinated on forums such as r/WallStreetBets, have heightened the risks for professional investors in the Wall Street equities market.

The highest-profile hedge fund casualty has been Melvin Capital, which lost 53 percent in January and is still down 44.7 percent this year to May. Light Street Capital, the fund led by ‘Tiger cub’ alumnus Glen Kacher, was also hit early this year and again in May, with losses in the first quarter predominantly driven by soured short bets. London-based White Square Capital, which lost money shorting GameStop, is also shutting its main fund.

An index compiled by Goldman Sachs of stocks favored by retail investors has almost doubled since June 2020, while another that tracks companies that are targeted by short sellers has gained 28 percent.

Traders across the industry, both those caught directly in abrupt rallies in heavily shorted stocks as well as those hit by the ensuing market volatility, have now been forced to start tracking potential retail investor maneuvers, or risk huge losses and backlash from their investors.

“The danger is you don’t really know what stock the retail community is going to go after next,” said Amy Wu Silverman, equity derivatives strategist at Royal Bank of Canada. “There is not a stock that is ‘safe’.”

“It has completely upended our markets, and we have had to make really dramatic changes to how we model things and how we manage risk,” she said. Retail investors chasing volatility “has gotten to the point where you can’t ignore it”.

Losses inflicted by retail investors have proved a rude awakening to hedge funds, which had just enjoyed a banner year in 2020 making their biggest gains since the aftermath of the financial crisis, according to HFR.

Some funds are considering taking a greater number of smaller short positions to cut down on the potential losses a single stock can cause, say, industry insiders. D1 Capital, whose founder Daniel Sundheim previously worked at Viking, is one fund that has been considering reducing the size of short bets this year, say people familiar with the strategy. Others are looking at betting against indices, rather than individual stocks.

Managers in the US and UK have begun using algorithms to scour forums such as r/WallStreetBets or other data sources to try to spot coordinated buying. While the practice is new to most western funds, this kind of surveillance is already common for many Asian managers, according to Patrick Ghali, the managing partner at advisory firm Sussex Partners.

Tiger cub Lee Ainslie’s Maverick Capital wrote to investors in April that its quant team “now systematically monitors Wall Street Bets and other similar forums that cater to less experienced, retail investors”. Moez Kassam, chief investment officer at Anson Funds in Toronto, said his firm has been building algorithms to follow commentary and sentiment on Reddit, as well as using some bought from external companies.

“You don’t want your book to be exposed to the whims of r/WallStreetBets,” said Quiver founder James Kardatzke.

Data group Sentifi, which buys data from the likes of Reddit and Twitter and uses it to score sentiment around stocks, said it detected a nearly 1,200 percent rise in chatter around AMC between May 20 and June 1. The cinema chain’s shares had already started to rise by then but then doubled on June 2. Sentifi said the number of customers using its platform had doubled over the past year.

Swiss investment firm Unigestion has also started looking at how it can deploy its machine-reading and data techniques — which it already uses to spot changing sentiment — around meme stocks.

“It is important, though short-term, risk factor” in markets, said Unigestion portfolio manager Salman Baig. “For us, any factor that can disrupt markets is of primary concern.” 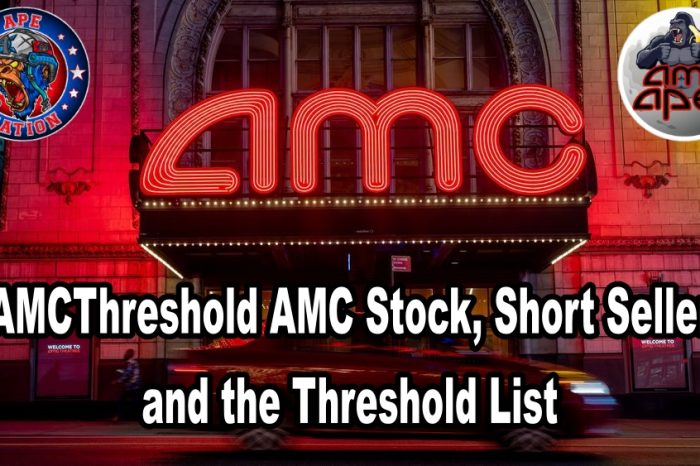 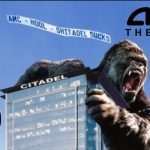