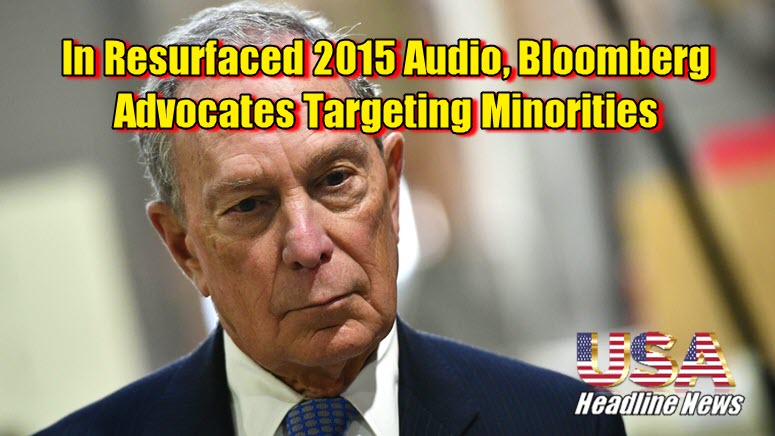 Mike Bloomberg is under fire for resurfaced comments in which he says the way to bring down murder rates is to “put a lot of cops” in minority neighborhoods because that’s where “all the crime is.”

The billionaire and former New York mayor made the comments at a 2015 appearance at the Aspen Institute, as part of an overall defense of his support for the controversial “stop and frisk” policing tactic that has been found to disproportionately affect minorities.

Bloomberg launched his Democratic presidential bid late last year with an apology for his support for the policy. On Tuesday, after the comments resurfaced, he reiterated his apology and said his 2015 remarks “do not reflect my commitment to criminal justice reform and racial equity.”

But the audio of his Aspen speech highlights his embrace of the policy just a few years ago and suggests he was aware of the disproportionate impact of stop-and-frisk on minorities. Bloomberg says that “95 percent” of murders and murder victims are young male minorities and that “you can just take the description, Xerox it and pass it out to all the cops.” To combat crime, he says, “put a lot of cops where the crime is, which means in minority neighborhoods.”

In the audio, he acknowledges focusing police forces in minority neighborhoods means minorities are disproportionately arrested for marijuana possession, but dismisses that as a necessary consequence of the crime in those neighborhoods. And to “get the guns out of the kid’s hands,” Bloomberg says, police must “throw ’em against the wall and frisk ’em.”

According to a report in the Aspen Times that year, Bloomberg blocked the release of video of the Aspen Institute appearance, but the Aspen Times reporter uploaded what appears to be the full audio online, and it drew renewed attention Monday after podcaster Benjamin Dixon circulated it on twitter.

In his Tuesday statement, Bloomberg notes that he “inherited the practice of stop and frisk” from the previous administration, and noted that by the time he left office he significantly reduced its use. He said, “I should have done it faster and sooner.”

In a VILE display of defending @MikeBloomberg‘s racism, @cnn responds to audio unearthed by @BenjaminPDixon that shows Bloomberg saying you stop crime by frisking minorities by…

Attacking Dixon as a Bernie supporter, questioning how he got the audio—and what his motives are. pic.twitter.com/nBkBbPU6Kr

But stop and frisk expanded dramatically on Bloomberg’s watch, reaching a peak in 2011 when over 685,000 people were stopped, according to ACLU data. While its use declined significantly after that, Bloomberg stood by the program even in the face of widespread criticism and legal challenges.

The former New York mayor has distanced himself from the policy since launching his presidential campaign as part of a broader strategy aimed at appealing to minority voters, which are a key voting bloc for Democrats. He’s also acknowledged his own white privilege and released policies focused on issues central to some African American communities, like black homeownership and maternal mortality rates.

Joe Biden has long held an overwhelming advantage with African Americans, pointing to their support as his firewall that would provide him with a much-needed primary win in South Carolina at the end of the month. But Biden lost in Iowa and trails in New Hampshire and as his candidacy has become imperiled, recent polling suggests he has lost some African American support.

None of his Democratic rivals has yet to truly capitalize, though both Bloomberg and Bernie Sanders have made some inroads. Both have received a number of prominent African American endorsements and have been holding campaign events specifically aimed at the black community.

On Tuesday Bloomberg faced sharp criticism from opponents. Businessman Tom Steyer called the comments “extremely disturbing” and said that Bloomberg needs to provide an explanation to those who were affected by stop and frisk.

“Mike Bloomberg’s remarks in the video are extremely disturbing. The racist stereotypes he uses have no place today, and anyone running for the presidential nomination should disavow them,” Steyer added.

Symone Sanders, a top adviser to Biden’s campaign, called the comments “sad and despicable,” and said he “will have to answer for these comments.” President Donald Trump, who himself has supported stop-and-frisk policies, sent out a tweet with a clip of the audio declaring “Bloomberg’s a racist.”

Trump later deleted the tweet but his campaign seized upon its argument.

“These are clearly racist comments and are unacceptable. It also shows that his apology for ‘stop and frisk’ was fake and was only designed to win him votes,” said Trump campaign communications director, Tim Murtagh. “In a Democrat primary, this kind of talk is poison. Now everyone can see what a fraud Mike Bloomberg is.”

But Trump himself has long defended the tactic.

In an October 2018 speech to the International Association of Police Chiefs, Trump touted its use in New York under former mayor Rudy Giuliani, now his personal attorney, and urged Chicago to adopt it.

And in 2013, he defended both the tactic and Bloomberg’s police commissioner, tweeting “Stop and frisk works. Instead of criticizing @NY_POLICE Chief Ray Kelly, New Yorkers should be thanking him for keeping NY safe.”

Bloomberg focused the bulk of his statement about the audio on Trump, arguing the president’s attack “reflects his fear over the growing strength of my campaign.”

“Make no mistake Mr. President: I am not afraid of you and I will not let you bully me or anyone else in America,” Bloomberg said.

And indeed, the attacks on Bloomberg follow two tracks for the Trump campaign: they reveal a growing concern about the billionaire’s candidacy and an unlikely push to attract black voters.

The president and his campaign team have been warily watching Bloomberg’s spending spree since the former mayor’s late entry into the presidential race.

Trump’s campaign manager, Brad Parscale, had previously told staffers he would not worry about Bloomberg until he cracked double digits, which the former mayor has now exceeded in some recent national polls. Parscale told aides recently that the campaign would soon be doing more Bloomberg-centric polling, according to a campaign aide not authorized to speak publicly about private conversations.

But Trump himself has been fixated on the Democratic race even amid his impeachment trial.

Ignoring counsel from some aides, including senior adviser and son-in-law Jared Kushner, to ignore Bloomberg and thus avoid elevating him in a Democratic field that remains unsettled, Trump has delivered frequent broadsides against the far-richer billionaire.

Annoyed by Bloomberg’s wealth, favorable press and easy entree into the upper realm of New York’s elite that long ago rejected him, Trump has repeatedly attacked the former mayor, including recent digs about his height and golf game.

The Trump campaign also believes that uncertainty in the Democratic field could lead to a chance to chip away at the other party’s advantage with black voters.

The campaign has made its own pitch, touting economic growth for minorities since 2016 and highlighting the president’s advocacy for criminal justice reform, including in a highly watched Super Bowl ad. Though Trump polls unfavorably with African Americans, the push has two goals: to win over more black voters and to discourage African Americans from turning out for Democrats on Election Day by convincing them there is little difference between the two parties’ agendas.

Black voters turned out overwhelmingly for Hillary Clinton in 2016 but at a lesser rate than for Barack Obama, contributing to Trump’s slim margin of victory in several battleground states. 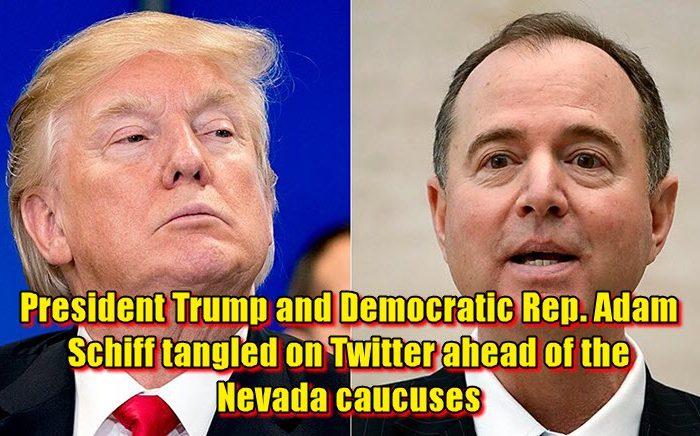 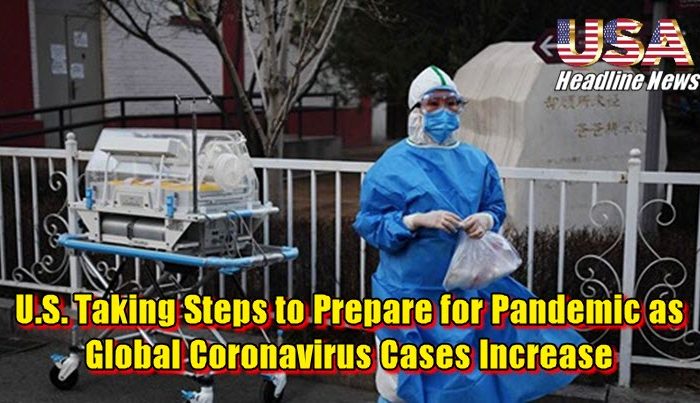 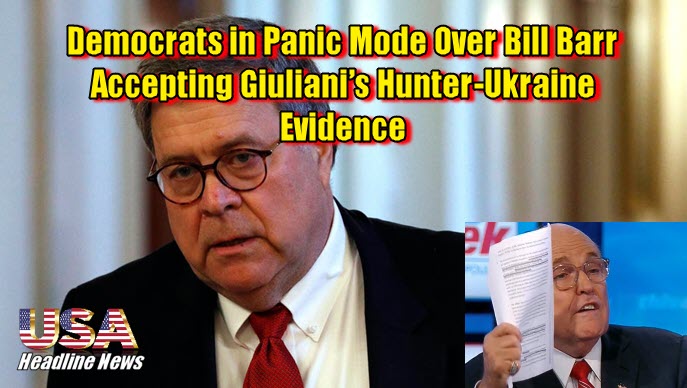 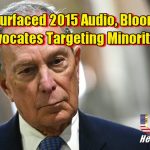